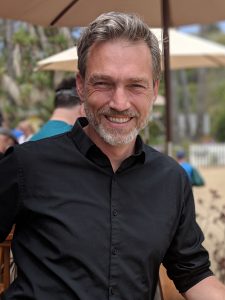 The Family’s Perspective: Miles Hargrove discusses the making of his feature film, Miracle Fishing, which documents his father’s kidnapping

Miles Hargrove’s father, Tom, was kidnapped in Colombia in 1994 while working as an agricultural scientist. During the 11 months of his captivity, his wife Susan encouraged their son Miles to pick up his Super-8 camera to capture some of the scenes of family life as they worked for Tom’s release, to show him on his return. 25 years later, Miles finished the film, and he recently gave his time to speak with our volunteer team to share his experience of a family forced to deal with a kidnapping and the making of “Miracle Fishing.”

If I do one thing with this film it would be to help a family in a similar situation to our own, and I hope that one day some family member, or somebody that was kidnapped, can use it as a tool.

When my family’s kidnapping happened in 1994, there was nobody like your organization and as a family, we were seeking any bits of information that we possibly could. In retrospect, when watching the film, it seems like there was a road map, but there wasn’t. We were just a normal family; albeit a family that had experienced travelling and living in places that weren’t necessarily the safest places on earth. But that wasn’t enough to prevent what happened to my dad.

We had to negotiate that world and put all those pieces together on our own. During that time, we sought out all kinds of information; from people who had experienced it first-hand to fiction—even the Dick Francis book, The Danger of It, and really went into it as there were so many similarities. We were so hungry for information. 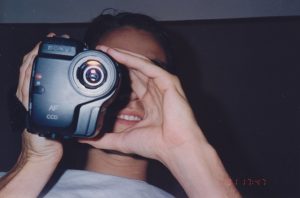 Why I wanted to make the film
I want to help people that have gone through a similar experience, but I knew by the end of the kidnapping that what I had was unique—and to have captured that ending! It was really the ending, and what it took to get there. If I could build up the story of what it took to get to that moment, then maybe it would mean more to people.

In the early 2000s, I thought I’d make the film. But around 25 years later, it was made in the way that I wanted to make it, which was for you as an audience to feel like you’re one of us, to step inside the kidnap and feel that you were one of the team. It was such a team effort and that’s what I hope the film achieves.

Living in Colombia
I don’t think any kidnapping threats were discussed before my dad started work in Colombia. We weren’t naïve, and we knew going to Colombia wasn’t the safest place to go, but we grew up overseas for many years, including in the Philippines and its numerous coups. We always learned to keep a low profile and to be aware, but we felt we knew how to negotiate things like that. Maybe we were pretty naïve about the kidnap threat—but in my dad’s case he wasn’t a target. He was in the wrong place at the wrong time. 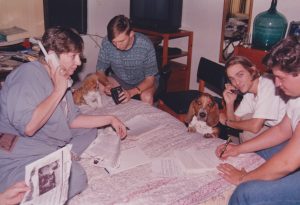 Coping throughout the kidnapping
I think you get a sense from the film of how much waiting there was. I wanted the viewer to feel like us. But it only scratches the surface, as the film is edited around the action parts, which were few and far between.

The days drag, one day into another and another. Those dinners we had—we were fortunate to have a team of people we could trust just there. Something to have a form of humanity that you can look forward to. They are really trying times, and it was good just to be light-hearted and have something to look forward to, and a trusted meeting place. After the dinner, it would turn into a serious planning meeting.

We were always a pet family, but one of the dogs, “Hoover,” showed up during that time. No matter what you’re going through or feeling—we’re suckers for dogs and cats—they become part of the group and having pets definitely helped us. I know that some people will think that’s ridiculous!

We were young, had a lot of energy, and we couldn’t go out, go to the mall or whatever, so we played a lot in the space outside. We wore the grass out because we had to have a physical outlet—particularly at that age—and that’s how we did it.

Reading books about kidnapping was also key—some people may not go that way, but it was certainly the case for us—and listening to music and watching a lot of movies. There’s not a lot you can do. I’m a “creative” person, so that’s why my mom encouraged me to pick up a video camera. It wasn’t intended as a documentary, but it was remarkable stuff; it was so unbelievable. We wanted to have it to show my dad when he returned but it obviously morphed into more than that.

It’s worth finding a project, some kind of creative outlet. If it’s going to take a long time like ours—just showing resilience, digging your heals in and preparing for a long-term deal—I’d suggest having some kind of project.

Life after release
When my dad came out, he didn’t know what decisions had been made. The night he came home, you can see how manic he was and his mind—he couldn’t concentrate on anything for more than about 15 seconds. He wanted to know what had happened, talk about his experiences. To bring him up to speed on what really happened was not an easy task for us as a family. It literally took weeks for his mind to calm down enough to have that kind of conversation.

Then there was the dawning on his part of what had happened. His career, and the way that he thought it would be, was completely over. He had to pick up and he did a great job, but it left a huge mark on his life. My mom, she kind of became more of a hermit. My dad had been on the mountain and never wanted to go back to the mountains, but that’s all my mom wanted to do now—to retreat and keep her inner circle of people she could trust. She was never ready or willing to go back out into the world in a fun, carefree way like she had been prior to the kidnapping.

My brother’s probably the most normal with his career and family and he doesn’t dwell on it. It obviously affected me in some way. I had this need to tell the story for 25 years and I made all kinds of life decision, such as not taking a job in LA, but staying in Dallas instead, where it’s cheaper, so I could freelance and make this film. Little did I know it’d be 2020 before that happened and that the Covid pandemic would put a dampener on getting the film out into the world. 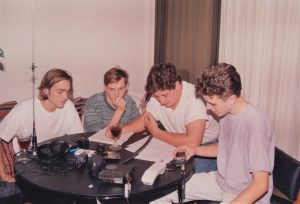 The kidnapping changed everything
Every situation is different, but be patient. It’s a thing that will go on for years and years and it will always stay with you. You have to be patient and open to the world and where it takes you. How can you be expected to go back to normal? Nobody is ever the same after that.

My mom said that the family is kidnapped too. It’s the truth. You shut everything and everybody down. You can’t move forward. My mom said that it’s almost worse than death because you’re completely in limbo, and at least with death there is a finality to it. Although, I disagree with that because at least we had the chance to get him out. I’ve since lost my parents, and I disagree with what my mom said, but that was her belief.

My dad would say, “It was harder for Susan because she had to make decisions that could get me killed and it was hard for her to know. I knew I was alive; all I had to do was survive.” I disagree with him because what he went through was unbelievable.

Everybody did pretty well—all things considered. My dad in particular did really well, but it changed the course of his life, my parents’ life together, all our lives. There’s no denying that. It wasn’t something that just happened and you move on. It changed everything. How do you quantify that?

My dad’s writing kept him going
My dad had been a soldier in Vietnam. He credited that time, and having had PTSD as many soldiers did, with having helped him get through the captivity portion. But as the film also shows, he kept these diaries, and thank God for that because I think that’s how he maintained his sanity. There are times in those diaries where he is running out of ink or he is afraid that they may be discovered, and he questions what he’s going to do when that time comes and what he’ll do to survive. There was one miracle after the other. He once ran out of ink and was in a point of despair when a captor dropped a pen outside his hut and Dad reached out and grabbed the pen. A few minutes later, he thinks, “Wow, this pen came out of nowhere,” and he hides it. A few minutes later the guerrilla comes back and asks if he’s seen the pen, and my dad says, “No, but I’ll help you look for it.” Things like that would happen so he was able to keep up the diary. To make it out alive with that—it was really what saved him.

We know former hostages who can never speak of things to this day, but my dad was never like that. You almost didn’t want to get him started because it was so impossible to make it a quick two-minute story! You’d be in line at the grocery store and somehow it would come up, and you’d be thinking, “I just want to get these milk and eggs and go,” but he would start up a conversation with somebody and somehow it would get to the kidnapping. Nobody could ever simply say, “Oh ok, have a good day.” It would inevitably turn into a longer thing, but at the same time we were so grateful that he got to experience that, and how he inspired people around him was pretty amazing too.

Hostage US and Hostage International
I can’t speak for all families—some may not want to reach out—but I know that if these organizations had been there, it would have been really comforting to know people who had gone through it before, and spell out what to expect, and not to sugar coat things, but to be realistic about what can or can’t happen. But there was literally nobody who could do that for us at the time. To have had that trust from the start—there’s no reason it wouldn’t have extended throughout the entire journey.

Find out more, and how you can watch “Miracle Fishing,” a documentary film by Miles Hargrove here.