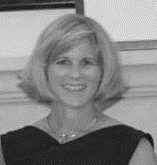 Kelly is the former Vice President and Chief Security Officer of The Coca-Cola Company.   She was elected as a company vice president in May 2015. As the Chief Security Officer, Kelly had global responsibility for ensuring safe and secure operations for The Coca-Cola Company’s more than 70,000 employees operating in more than 200 countries across the company’s six operating segments: Europe, Middle East and Africa; Latin America; North America; Asia Pacific; Bottling Investments Group; and Corporate. In addition, Kelly oversaw information assurance which included, cyber threat intelligence, computer forensics, eDiscovery and cyber investigations. She  served in numerous roles within Strategic Security during her 19 years with The Coca-Cola Company and also served as Chief of Staff to the Executive Vice President and Chief Administrative Officer, Alex Cummings, from 2010-2012.  Prior to joining The Coca-Cola Company, Kelly was a federal special agent for 17 years.

She is a graduate of the University of Florida and the Harvard Business School, General Management Program. She currently serves on the boards of the International Security Foundation, OSAC, DSAC, and Domestic Security Partnership. She is an advisor to International SOS, V2 Global and Wellstar Health Systems.