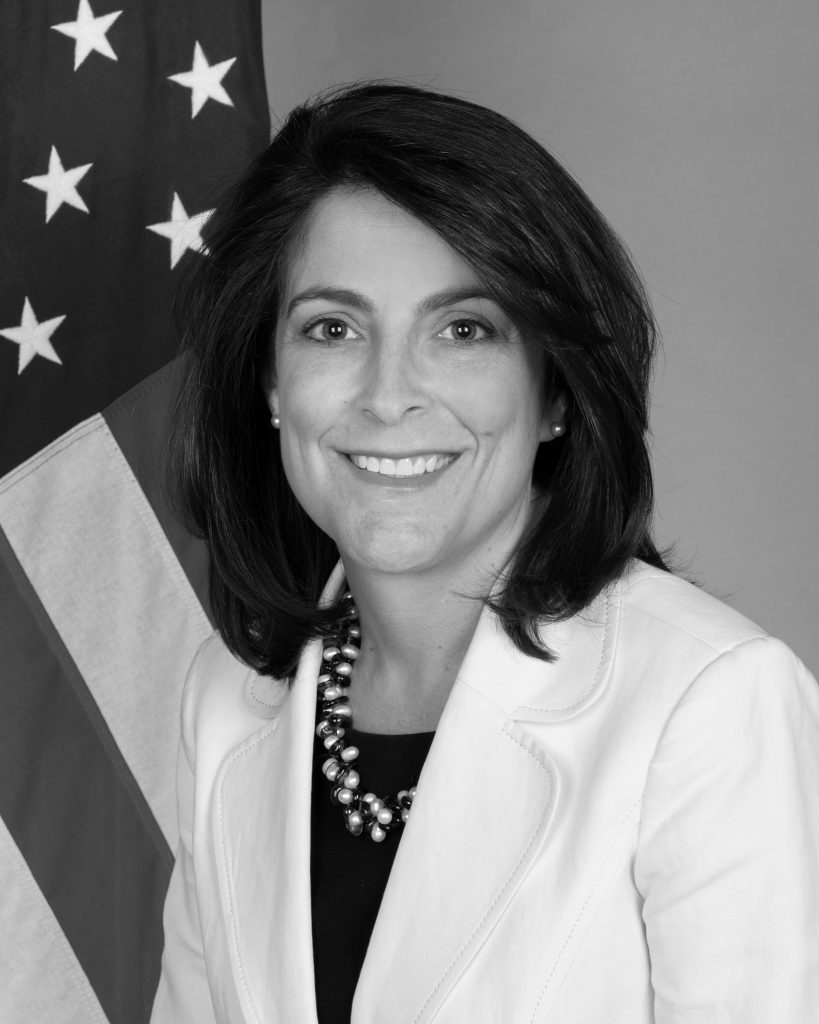 Dana Shell Smith serves as a member of the Hostage US Board of Directors. She is a Senior Non-Resident Fellow at Georgetown University and the CEO of Decibel Strategy, an international strategy firm she founded to advance business, trade and professional ties between the United States and the Middle East.

Ambassador Smith is a proven leader and trailblazer in the fields of foreign affairs, crisis communications, media outreach and commercial diplomacy.  Before founding Decibel Strategy, Ambassador Smith spent 25 years as a diplomat, working throughout the Middle East and in Asia.

Dana served as the U.S. Ambassador to the State of Qatar from 2014-2017.  During her tenure, Ambassador Smith successfully advocated for billions of dollars in U.S. business and investment opportunities in Qatar, and Qatari investment in the U.S. to over $70 billion.  She negotiated base access for the international coalition fighting ISIL and furthered partnerships in the fields of education and culture.

She speaks fluent Arabic and is proficient in Chinese, Hebrew and Spanish.  A mother of two, wife of a Diplomatic Security Special Agent, and mentor to many, Ambassador Smith published her thoughts on work and life in “How to Have an Insanely Demanding Job and Two Happy Kids”, for The Atlantic, June 2012.

Ambassador Smith has a degree in Political Science, Middle East Studies and Women’s Studies from the University of California, San Diego and an honorary doctorate from Virginia Commonwealth University. She is a member of the Council on Foreign Relations.