Having a loved one kidnapped can be a difficult and stressful time. Many families find the publicity and attention that some kidnappings can attract difficult. You might worry about whether or not you should speak to the media. Each case is different. 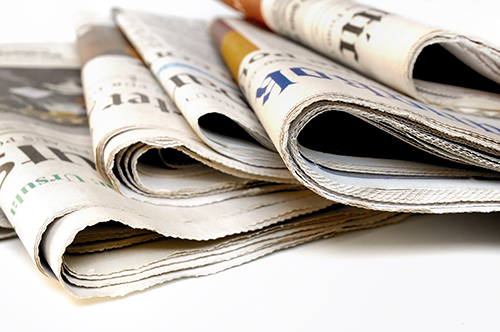 Should we talk to the media

You should always think carefully before talking to the media.

In most cases, it is not advisable to speak to the media because of the potentially negative impact media coverage can have on the hostage. It can raise the ‘value’ of the hostage, which can prolong the negotiation process. It can also lead to hostage transfer, where a kidnapping group passes on or sells the hostage, sometimes turning a criminal kidnap into a political one.

Giving away too much information about the hostage can also help ‘copycats’ who claim to have the hostage and divert attention and resources away from the real case.

In some cases, the kidnappers themselves will demand that you do not publicize the case.

You need to be clear about why you want to talk to the media – what do you hope it will achieve? It is always worth taking professional advice, and Hostage US can assist with this.

Media coverage can also have a negative impact on your family. It can attract attention from unscrupulous individuals who might hijack the story for their own purposes. It can put pressure on you from media calls and demands for comment.

If a release seems to be imminent, the media needs to be handled by a professional.

How much media attention is there likely to be?

Each case is different.

The amount of media attention will depend on the nature of the kidnapping, who has been taken, and the amount of publicity sought by the kidnappers. Some cases are not covered in the media at all, even after the hostage is released. Others generate considerable attention, both during and after release.

You might also receive interest from the media when related incidents are reported, such as other kidnappings or events in the country where the kidnapping has taken place.

You might find the media contacting you long after the kidnapping has ended.

What information will the media want or need from me?

Journalists covering a kidnapping will want to get lots of information. You do not have to tell them anything, they don’t need anything from you, but it can help to know what they might ask for so you are prepared.

They will want to know what has happened: who has been taken, where they were taken, why they were there, which group has taken them and for what reason, and whether a ransom been demanded.

They are likely to want personal details about the hostage: their job, employer, are they married, do they have children, do they have any medical problems, or whether there is anything about their background that will help them to cope with the kidnapping.

They will ask for a recent photo of the hostage – it is not advisable to give them one unless you have sought advice. If you decide to provide a photograph, having one ready in case it is needed can be helpful. Try to find a personal family photo rather than an official passport- style one.

Make sure that the photo is not ‘unhelpful’. Don’t choose one that gives the impression the hostage is wealthy. Avoid photos that might be perceived as offensive to the kidnappers – for example, photos that show the hostage drinking alcohol, dressing immodestly, or showing an allegiance to a particular religious faith or political cause. Avoid photos that imply military links.

Journalists will be interested in how your family is feeling, what they know, and who they are talking to. They might ask your views about the actions of the hostage’s employer (if they were kidnapped while working overseas) or whether you are happy with the response of the US Government, law enforcement, or the government of the country where the kidnapping has happened.

Because of the Internet, social media and the global nature of the media, you must assume that anything you say to the media here could be seen by the kidnappers.

What can we expect from the media

In a high profile case, journalists will be under pressure to get as much information as possible. You do not have to speak to anyone if you do not want to.

Journalists might try a number of things to get you to speak to them. They might turn up on your doorstep, call your home or work phone or cell, or try to speak to your neighbors, friends, extended family members, or colleagues.

Social media such as Facebook, Twitter and LinkedIn provide a wealth of information for journalists, who are able to access personal photos, information about the hostage’s private life, and messages from friends during the kidnapping. When a person makes a comment on social media it is a public message and can be used by journalists and might be presented in a story as a ‘quote’as if to imply you have spoken to the media. It can be very unhelpful or potentially dangerous for personal information like this to be used by the media.

To avoid this happening, you should consider closing your accounts or increasing privacy settings, including controlling access by the hostage’s friends. You might also consider removing unhelpful photos or comments. Hostage US can help you.

What can I do if journalists behave inappropriately?

On the whole, most journalists are responsible people. But, they have a job to do and will be under pressure to get information.
If you are unhappy with the behavior of a journalist, you could tell them that you will report them to their employer. If this does not work, go ahead and report them by writing to their editor (newspapers) or news editor (television and radio).

If you do not want to have to deal with confrontational situations, Hostage US can help.

You can screen your phone calls or set up a new dedicated phone number for family, law enforcement, the government, or the hostage’s employer to reach you on. Hostage US can help you to arrange this. It might be advisable to record your conversations with journalists so you have proof if they misquote you. This might also encourage them to act appropriately at all times.

Can we handle the media in a way that minimizes distress to our family?

Don’t forget that it is up to you whether you talk to the media or not. Take your time and do not feel pressurized into saying anything unless and until you are ready.

The following ideas might help you to reduce the stress on you and your family from media contact:

What should we do if there are things we don’t want the press to report?

If you don’t want a journalist to report something – don’t tell them.

It is important to understand that talking to a journalist ‘off the record’ does not mean you are speaking confidentially. They can report what you have said but can not attribute it to you.

If you want to give a journalist information for background purposes only you need to state clearly that it is ‘not for publication or broadcast’ and check that they have understood that.

Journalists are always under pressure to get as much information as possible so you will need to be clear and firm with them about the basis of your conversation.

Journalists will generally not let you check quotes before using them, but it is worth asking if they are willing due to the sensitivities of a kidnapping. You can expect them to use quotes without changing them, but there is always a risk they will take them out of context. If in doubt, ask the journalist to explain how they would use what you say.

Lots of other people and organizations might be commenting in the media.

The US government might issue a factual statement if pressed by the media to comment, but they will liaise with you before speaking publicly.

Foreign governments might comment if the kidnapping involved other people from their country as well as your loved one.
The hostage’s employer (if they were kidnapped while working overseas) may comment. And they might be working with a private security company.

Your friends, neighbors and colleagues may be approached by journalists. You might want to discourage them from speaking to the media.

People pretending to be related to or a friend of the hostage might comment – where this happens, let the press know and they will generally stop speaking to them.

If more than one hostage has been taken, it is important that the families try to agree a common media strategy. If one hostage is released before the others, the media must be handled with considerable care until all hostages are home safely.

Are there things the media can do to help?

In some cases, media coverage can be helpful but you should always take professional advice and proceed with caution.
It can be useful to use the media to make public appeals but they should be carefully organized, both to maximize public response and minimize any risks.

Make a note of the name, organization and contact details of all the journalists you come across so that if you need their help you know how to reach them.

Try to be polite in your dealings with the media, especially as you might need their help at some point. On the whole, they will understand the pressure you are under, and are just doing their job. But you need to remember that their interests are not the same as yours, and they may think different details are more important, or wish to take an editorial line you don’t agree with.

There might be press interest at the end of the kidnapping, and you need to think carefully about what to say, if anything.

What should we do after the kidnap has ended?

You do not need to say anything.

Sometimes a short statement or press conference can provide the journalists with the quotes they need which then leaves the family time to relax outside of the spotlight. Hostage US can help with this.

If you think you might sell your story, you need to limit what you say to the press. Remember to check first with family and friends to ensure there are no surprises for them and always take professional advice.

If you have had good relationships with certain journalists, do take the time to thank them afterwards. Give them feedback about anything that was distressing as good journalists will take this on board.

You can also pass on your experiences to Hostage US so we can update the guidance we give to families.

Ultimately, the decision to communicate directly with the media rests with the family. Whatever you decide to do, Hostage US will try to help in any way we can.

How can Hostage US assist me with the media?