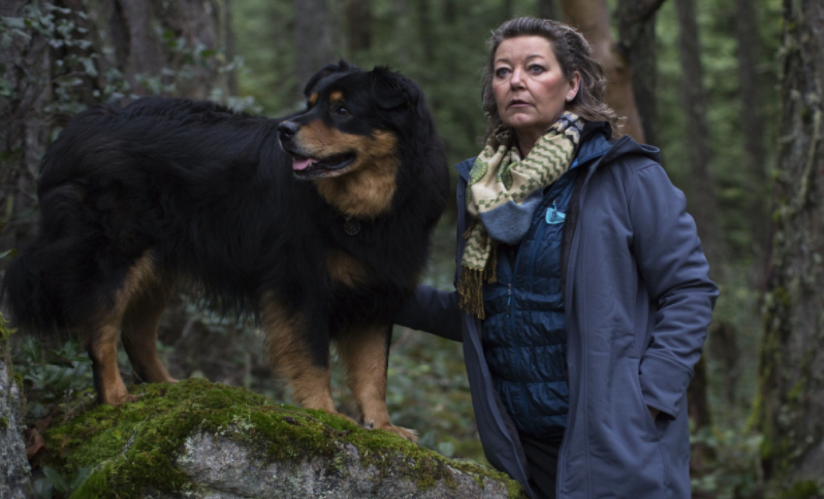 On Monday evening 30 April, Bonice Hall Thomas moved on from her mortal body. She was supported by her loving family and friends and the caring staff and volunteers at Shornecliffe and Sunshine Coast Hospice, Sechelt, BC.
Bonice was a true maverick and lived life based on her convictions, refuting many of the pressures of our dominant society. We have to respect the courage and strength that took. She worked hard to be humble, heart centered and aligned with her purpose. She strived to be kind to those she knew, to herself and to those places she called home. The catalyst to this approach to her living was undoubtedly the experience she had working with, and befriending some of the First Peoples of this Land over the years – her Indigenous brothers, sisters, uncles, aunties, cousins, nieces, nephews and Elders, which literally transformed her worldview. She credited these experiences as her greatest teachings.
The family’s collective heart stopped when they received news that on 21 September 2015, her beloved brother, Robert Hall, had been kidnapped from his sailboat on Samal Island, Philippines, along with another Canadian citizen, John Ridsdel and two others. Both Canadian men were tortured and murdered by their captors Abu Sayyaf. During his 266 day captivity, Bonice was an outspoken champion for her brother and her family. She demanded information and support from the Government and after his murder, she lead the charge to seek information about the negotiations, the captors and the protocol for the management of international kidnappings of Canadian sons. An E-Petition (E-696) was Initiated by Lois Eaton from Qualicum Beach, British Columbia, on November 29, 2016 on their behalf.
Together with her siblings, she crusaded for changes in national policies and seeks restorative justice under the banner of The Renova Protocol – named for Robert’s sailboat and meaning to start anew, restore – so that other Canadian families will not suffer the same anguish. It calls the Government of Canada to change the way it addresses kidnapping of citizens abroad, specifically the support provided to the hostage’s family and seeks support for an independent, non-government resource for the families of hostages and returning survivors. While some changes have been made, particularly by the RCMP, several matters remain unresolved and are in active consideration with the Government of Canada. You can read their petition to Parliament here https://petitions.parl.gc.ca/en/Petition/Details?Petition=e-696
The Renova Protocol is Robert Hall’s legacy; it is Bonice’s legacy and her work will be continued by her family on behalf of all Canadians.
Bonice’s family requests privacy at this time. Any requests for further information or messages for her family can be directed to Hostage US which commits to pass them on directly. You can reach Hostage US at info@hostageus.org
Anyone wishing to donate in Bonice’s and Robert’s memory is kindly directed to either:
The Sunshine Coast Hospice http://www.coasthospice.com or
Hostage US https://hostageus.org/donate/